An easel displaying four oversized color pictures of Sean, who died on his 13th birthday in August 2008, created a heart-touching backdrop as Fisher, a resident of Waldwick in Bergen County, spoke to members of the media about the Sean Fisher Memorial Foundation’s latest mission.

“He’s my inspiration,” Fisher said, glancing over his shoulder at the quadrant of photographs of his only child. “When I get discouraged, I just take a look at a picture of him and say, ‘Get back up there, you’ve got work to do.’ ”

A tough-as-nails union carpenter, Fisher, with tears welling in his eyes, explained that cardiac screenings — providing free ones was initially the primary goal of the foundation established in his son’s name — are not enough to prevent sudden cardiac death in athletes.

According to the American Heart Association, the incidence of such deaths is one in 200,000, but Dr. Nidhi Kumar, a cardiologist and Medical Director of Women’s Health at Saint Peter’s University Hospital, said many experts believe the incidence is greater, making the need for rapid response and the availability of automated external defibrillators paramount. 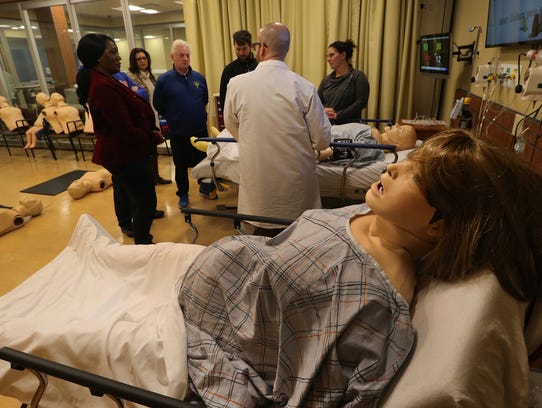 While state law requires all public and private K through 12 schools in New Jersey to have an AED within reasonable proximity of a gymnasium or athletic field, as well as an emergency action plan for sudden cardiac arrest, no such legislation exists for youth leagues.

Youth leagues are not mandated to have an AED on site and less than 30 percent of youth league coaches are trained in cardiopulmonary resuscitation (CPR), according to a Sports & Fitness Industry Association and Aspen Institute report, the results of which appeared in the Washington Post.

Fisher, in concert with the Players Development Academy, a nationally recognized elite soccer club headquartered in Somerset, is trying to change that statistic starting with a grassroots effort in the Saint Peter’s University Hospital’s simulation center, where more than 80 coaches from PDA will receive training in CPR and AED use before the start of the spring season.

The initiative is part of the All Heart program, whose goal is to educate coaches and leaders of youth sports leagues nationwide about the need to be trained to handle a sudden cardiac arrest emergency, which results from an electrical disturbance in the heart that compromises its ability to pump blood to vital organs. Without immediate treatment, through CPR and defibrillation, death ensues.

“We’re bringing the solution right to the field,” said Fisher, his previously somber voice now filled with enthusiasm, revitalized at the prospect of saving lives. “If coaches have the tools and know what to do, we can start CPR and work with the AED, and hopefully nine out of 10 times the kid will survive.”

The day he died

Sean Fisher, who was about to enter eighth grade, collapsed on the field while warming up with his Waldwick recreation football league teammates on Aug. 25, 2008. According to a report in the Star Ledger, a parent certified as an emergency medical technician who was nearby tended to Sean Fisher, pulling off his helmet to find him gasping for air. The EMT administered CPR. Waldwick police and paramedics arrived and used a defibrillator before taking Sean Fisher to Valley Hospital in Ridgewood, where the 13-year-old was pronounced dead. 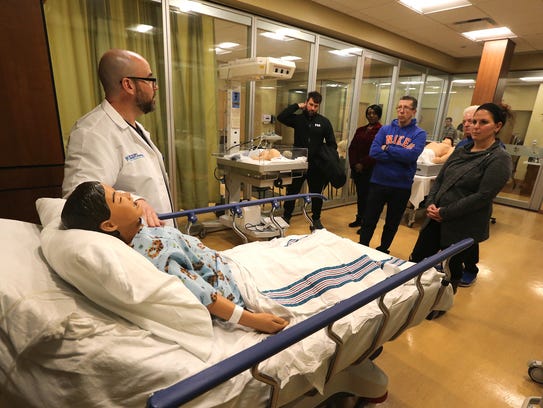 Coaches from the Players Development Academy, a nationally recognized elite soccer club based out of Somerset, received training in CPR and AED use at saint Peter’s University Hospital. (Photo: Ed Pagliarini)

“The reason we designed this program is we realized that if we really wanted to make a difference, we needed to change the model on how we responded to these emergencies,” Kumar said of the All Heart program. “This type of an emergency is an emergency where timing and every second counts. The risk of mortality from a sudden cardiac arrest increases 10 percent every minute without defibrillation, so the thought is that if we train coaches to be first responders, we can address the issue immediately where a coach is in a position to react, respond and save a life.”

In his dual role as Rutgers University’s women’s soccer coach and PDA’s director of girls coaching, Mike O’Neill, a lifelong friend of Fisher, served as the lynchpin between the Sean Fisher Memorial Foundation, PDA, Kumar and Saint Peter’s University Hospital, which previously worked with O’Neill’s players on other community initiatives. 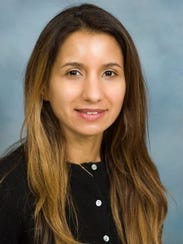 O’Neill said PDA, which boasts seven soccer fields at its main complex, and at least five fields at its satellite location, wants all of its coaches to be trained in CPR and AED use and also wants to increase the number of AEDs at its venues. 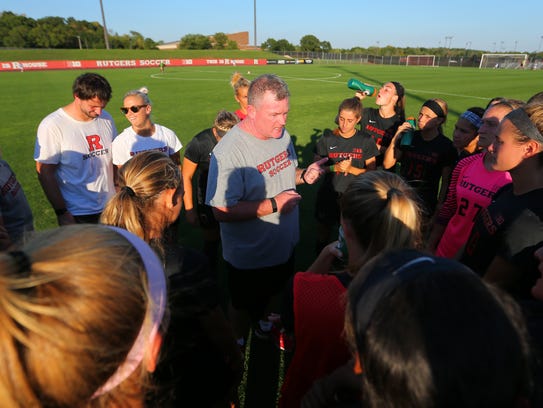 PDA is using its clout as a nationally recognized program to reach out to other clubs across the country, essentially issuing a challenge to adopt the All Heart program. O’Neill said clubs in California, Arizona, Chicago, Michigan, Texas, Massachusetts, Wisconsin, Ohio and “all across the country are getting involved in this project with us.”

“If we can make people aware and they get involved in the challenge,” O’Neill said, “then we’ll be able to save a life, and a life lost is one too many.”

Over the last decade, three teenagers from Middlesex County — Kittim Sherrod of Edison, Brandon James of South Brunswick and Patrick Awosogba of East Brunswick — died after going into sudden cardiac arrest during an athletic activity. All had hypertrophic cardiomyopathy, the same undetected cardiac defect that claimed Sean Fisher’s life. 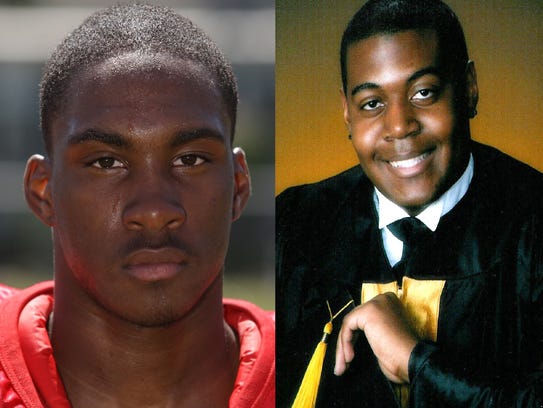 Kittim Sherrod (left), a football star from Edison, and Brandon James, a popular senior from South Brunswick, died in 2009 from hypertrophic cardiomyopathy after going into sudden cardiac arrest during athletic competition. (Photo: ~File)

None of the student-athletes complained of symptoms such as chest pain, lightheadedness, palpitations or dizziness that are associated with cardiac abnormalities, thus there was no impetus for them to be screened.

“I know there’s been a huge push to have EKG and echocardiograms mandated as screening tools, but the reality is the healthcare dollars won’t support that legislation to ever pass,” Kumar said. “In my opinion, the other thing is that (cardiac screenings) may give people a false sense of security because there are athletes that have cardiac issues that may not be detected by those screening tools. So, the key is how we respond.

A basketball player from Colonia who collapsed after going into sudden cardiac arrest on the court during a freshman game at Edison High School two years ago survived through the lifesaving efforts of staff from both high schools who defibrillated the teenager.

State Sen. Patrick J. Diegnan, Jr., who introduced the bill that was signed into law in 2012 requiring that AEDs be in schools and that districts statewide share information with their students about sudden cardiac death in young athletes, praised Fisher and PDA for their efforts at the youth level.

“My heart goes out to the Fisher family, who are to be complimented on their courage to call attention to this need resulting from the tragic death of their son,” Diegnan said of the All Heart program. “Obviously, the PDA academy is also to be congratulated for wanting to do what’s right to protect our kids.”

Even in his tragic death, Sean Fisher — whose father is determined to inform an entire nation of youth league coaches about the All Heart program — is still making an impact on the lives of others.

“I want to make sure everybody finds out about this,” Fisher said. “I want to prevent as many deaths as possible. We might not catch everybody, but we want to try to catch as many as we can. That’s our goal. I believe (Sean’s death) happened for a reason. I believe he’s sitting up there looking down saying, ‘Go ahead mom and dad, keep doing what you’re doing.’

“Until the day I’m on the other side of the turf and I get to see him again,” Fisher said. “I’m going to keep doing it.”

There are no upcoming events at this time.

1. Click our Amazon link.
2. Shop.
3. Save a life
It's that simple. Follow those steps and Amazon will donate a portion of your purchase to the Sean Fisher Memorial Foundation...at no cost to you! Click to start!